Pierce Brosnan On Working with Jackie Chan in 'The Foreigner' 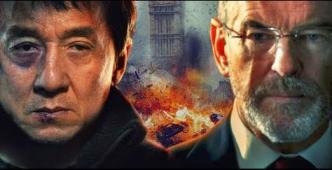 Pierce Brosnan, talks about working with action star Jackie Chan in 'The Foreigner' in the latest issue of Men's Fitness.

"He's actually chasing me the whole time, so we have no real fight sequences... it's more of a thriller," he explains.

"But Jackie was just amazing to watch," says the former James Bond. "Now, I did the fight sequences in Bond: So many hits to the neck over the years, I got spurs in my neck; I hung and swung on wires, did driving, motorcycle, and water work."

"But nothing like Jackie... when he releases the Kraken, it's like, wow, man! You're in the presence of a grandmaster. He was a real joy to be around."

Brosnan is also asked whether he ever played GoldenEye 007 on Nintendo 64, which is considered to be one of the best video games of all time.

"I tried to play with my boys when they were little, and I think I shot myself in the foot," he laughs.

You can check out a trailer for