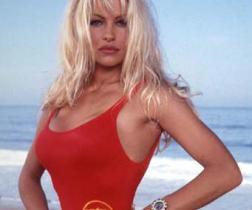 Pamela Anderson, one of the most famous sex symbols to bare all for 'Playboy' (uncensored link), wants men to stop watching pornography because it's a "public hazard" and for "losers."

She calls it a "public hazard of unprecedented seriousness", and cites the Anthony Weiner's recent sexting scandal and his subsequent divorce from wife Huma Abedin as proof.

"From our respective positions," she writes with celebrity rabbi Shmuley Boteach, "we have often warned about pornography's corrosive effects on a man's soul and on his ability to function as husband and, by extension, as father. This is a public hazard of unprecedented seriousness."

She says it creates men who are "less satisfactory intimate lives with their wives or girlfriends as a result of the consumption."