Ozzy Osbourne Breaks Silence On Wife Sharon: 'She's Everything For Me' 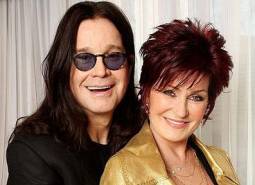 Ozzy Osbourne spoke out about his wife, Sharon Osbourne, for the first time since their split.

The pair reunited on stage to announce Ozzfest Meets Knotfest on Thursday.

But Ozzy's words weren't reciprocated by Sharon, who has publicly said that they have split after nearly 34 years of marriage, after he cheated on her.

"It's business," she simply said. "This is my business, you know? This is what I do."

"People have forgotten, because they see me every day on the chat show, but this is still the other half of my life."

Sharon noticeably tried to avert a hug from Ozzy while making the introductions at the event.