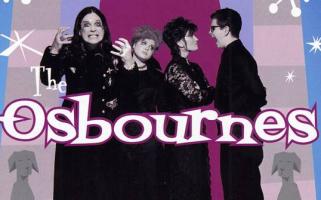 Ozzy Osbourne and Sharon Osbourne are going their separate ways after 33 years of marriage.

E! reports that a source close to the couple has told them that they "mutually agreed that Ozzy would move out of the house temporarily."

The source clarifies that "the split has nothing to do with Ozzy's sobriety" and the rocker has been sober for over three years and "not touched drugs or alcohol in that time."

The couple have not released an official statement addressing the speculation. Osbourne currently co-hosts CBS' 'The Talk' and Ozzy recently toured with a reunited Black Sabbath.