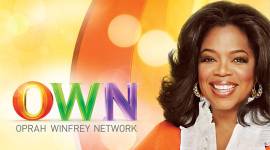 Oprah Winfrey is rethinking her stance on running for President after Donald Trump's upset victory in the election.

In an interview with Bloomberg host David Rubenstein, the media queen appeared to contemplate the possibility of running.

"Have you ever thought that, given the popularity that you have, we haven't broken the glass ceiling yet for women, that you could actually run for president and be elected?," asked Rubenstein.

"I actually never considered the question, even the possibility. "I just thought, 'Oh. Oh!'"

Once Rubesentein pointed out: "It's clear you don't need government experience to be elected president," Oprah replied: "That's what I thought!"

You could see the wheels turning but moments later Winfrey said "That won't be happening" but admitted "I used to think you had to know so much more."