Oprah Winfrey: If I'd Married Stedman Graham, We Wouldn't Be Together 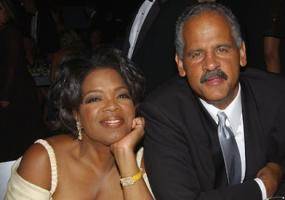 Oprah Winfrey says if she had married her longtime boyfriend Stedman Graham, the probably wouldn't still be together.

"Nobody believes it, but it's true," the 63-year-old Winfrey tells Vogue.

"The only time I brought it up was when I said to Stedman, 'What would have happened if we had actually gotten married?' And the answer is: 'We wouldn't be together.'"

"We would not have stayed together, because marriage requires a different way of being in this world."

"His interpretation of what it means to be a husband and what it would mean for me to be a wife would have been pretty traditional, and I would not have been able to fit into that," she explains.