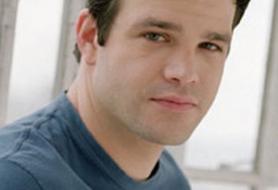 'One Life To Live' actor Nathaniel Marston has died from his injuries two weeks after he crashed a pickup truck and was ejected from the vehicle. He was 40.

Marston, who played Dr. Michael McBain on the ABC soap for six years and also appeared on CBS' 'As the World Turns', died at a medical center in Reno, Nevada.

The crash happened on October 30 when Marston's Ford F-150 truck drifted into another lane and overturned several times as he was thrown out of it. He wasn't wearing a seatbelt and had to be flown to hospital in critical condition.

"Dear family and friends, it is with a heavy heart that I share this devastating news. My beloved and cherished son, Nathaniel Marston, who was putting up the good fight until last night, was not able to continue due to the traumatic and devastating nature of his injuries," his mother said in a statement. "Nathaniel passed away peacefully as I held him in my arms."

Marston had been off the show since a 2007 arrest in New York city that left a police officer bruised and another man with a broken leg. He reportedly attacked the men with a metal object after resisting arrest.