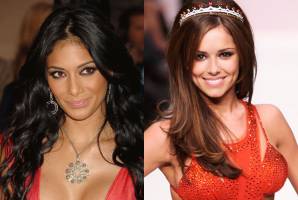 ) will replace Cheryl Cole as a judge on 'The X Factor'.

Producers decided to make the switch partway through the audition process because they were worried that Cole's British accent was just too thick for American audiences.

Scherzinger will sit on the judges panel with Simon Cowell, Paula Abdul and Antonio 'L.A.' Reid.

It's not clear whether the show will move forward with only Steve Jones as host, or add a second to replace the void.

Back in April, producers made it a point to emphasize that the show would have two judges as they tried to convince reporters how the show would differ from 'American Idol'.

The winner of 'The X Factor' will receive a $5 million recording contract with Sony Music.

Here's the latest promo for the reality competition: