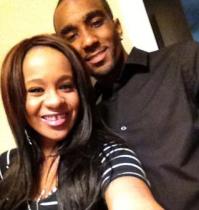 Bobby Brown claims Nick Gordon is holding back information that would help explain what happened to his daughter with Whitney Houston, Bobbi Kristina.

"Due to Mr. Gordon's failure to place in tangible form his understanding of the events that lead to the hospitalization of Bobbi Kristina, there is no reason for any additional discussion with him," Brown says in a new statement targeting his daughter's boyfriend.

"It appears that Mr. Gordon did not want his understanding of the facts to be subject to the truthful examination of various experts or Bobby Brown himself."

"Mr. Gordon has every right to remain silent and not share his version of the events with Bobby Brown. We are only concerned with individuals that can help Bobbi Kristina and bring resolution to this investigation."

"Obviously Mr. Gordon is not as desperate to visit Bobbi Kristina as he wants the world to believe," it continues. "At least not desperate enough to inform Bobby Brown, in writing, what happened to Bobbi Kristina."

Meanwhile, Gordon's lawyers say their client isn't helping because Brown isn't granting him the one thing he wants.

"Mr. Brown is not law enforcement. All Mr. Gordon wants from Mr. Brown is permission to see Bobbi Kristina," they say. "And again, Mr. Gordon is willing to meet privately with Mr. Brown to discuss this."