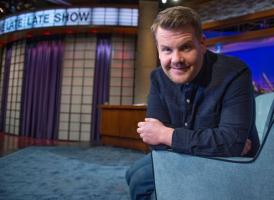 James Corden will visit David Letterman before beginning his run on 'The Late Late Show'.

Corden, replaces Craig Ferguson next year on the talk show that follows Letterman.

Ferguson is signing off on December 19, after ten years, while Corden doesn't take over until March 9.

The Tony Award-winning actor will be promoting his new film 'Into the Woods' as well as talking about taking over for Ferguson.

Friday's episode will also feature television producer Norman Lear, author of the new memoir 'Even This I Get to Experience', and a performance by musical guests TV on the Radio.