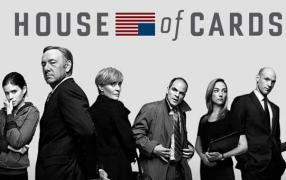 After shutting down production on the upcoming season of 'House of Cards', Netflix has made a surprising decision.

"Netflix will not be involved with any further production of House of Cards that includes Kevin Spacey," the service says in a statement.

"We will continue to work with production company MRC during this hiatus time to evaluate our path forward as it relates to the show."

It has also immediately suspended Spacey during its "ongoing investigation into the serious allegations concerning Kevin Spacey's behavior on the set of House of Cards."

"We have also decided we will not be moving forward with the release of the film Gore, which was in post-production, starring and produced by Kevin Spacey."

Netflix says it's working with MRC to chart a 'creative path forward that will not involve Spacey.

Spacey's demise has been rapid after 'Star Trek: Discovery' star Anthony Rapp claimed that the actor made sexual advances towards him when he was 14.

Many other men have stepped forward since then to repeat the accusations, including staff on the hit Netflix series, saying Spacey created a "toxic" work environment and displayed "predatory" behavior.