Netflix Bringing New 'Danger Mouse' Episodes To The US 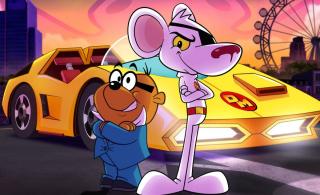 Netflix is adding new episodes of 'Danger Mouse' to its lineup.

"The greatest secret agent in the world" will return with its familiar theme song and sidekick Penfold with an episode in which the hero wonders if he's still relevant.

The full run of 26 episodes, which has already aired in the UK, debuts today in the US.