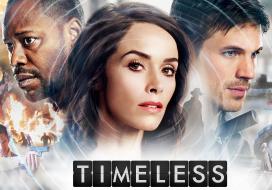 NBC has altered history and reversed course on its decision to cancel 'Timeless'.

The network has now renewed 'Timeless' for a shortened 10-episode second season that will air either in Spring or Summer 2018.

"Huge thanks to NBC for supporting us. And THANKS for the fan support. It's a MAJOR reason we're back. It worked, guys!," creators Eric Kripke and Shawn Ryan announced on Twitter.

'Timeless' had been a favorite for family viewing given its themes and good-natured banter. NBC is hoping to capitalize on this by moving it to an earlier timeslot instead of 10 PM, where it completed its first season, upon its return.