Fox Says Naya Rivera Not Fired, To Remain On 'Glee' 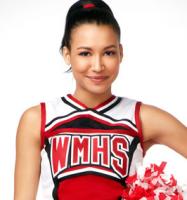 Fox has finally released a statement saying Naya Rivera has not been fired from 'Glee'.

"There is no truth to the rumor Naya has been fired from the show," the network says in a statement. "She remains under contract to 'Glee.'"

The statement comes days after rumors ramped up that Rivera had been fired from 'Glee' and written out of the season finale.

Rumours that were followed by reports that the actress-singer had also been dropped by her record label, Columbia Records.

Naya Rivera's publicist had denied both reports and blamed "someone" who "obviously has an agenda to damage Naya's good name."

'Glee's fifth-season finale is set to air on May 13. Show co-creator Ryan Murphy has said the sixth season will be its last.