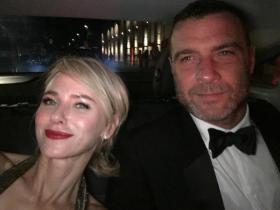 Naomi Watts and Liev Schreiber are going their separate ways after more than a decade together.

The Australian couple says in a statement that they've "come to the conclusion that the best way forward for us as a family is to separate as a couple."

"It is with great love, respect and friendship in our hearts that we look forward to raising our children together and exploring this new phase of our relationship."

The pair, who have two children together but are not married, have been together since 2005.

Watts is best known for 'King Kong', 'The Ring' and 'Mullholland Drive'. Schreiber, who has been in several films including 'X-Men Origins: Wolverine' and 'Spotlight', currently stars in the Showtime series 'Ray Donovan'.