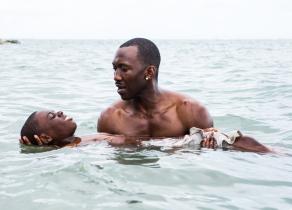 In what was a shocking end to the 89th Academy Awards on Sunday night, 'Moonlight' won Best Picture nearly three minutes after 'La La Land' was first announced as the winner in a mix-up unlike one ever seen at the awards show.

This after presenters Warren Beatty and Faye Dunaway were incorrectly given the Best Actress envelope instead of Best Picture. A confused Beatty saw Emma Stone's name and 'La La Land', and handed the envelope to Dunaway, who then made the announcement.

"I want to tell you what happened," Beatty later explained. "I opened the envelope, and it said 'Emma Stone, La La Land.' That's why I took such a long look at Faye and at you. I wasn't trying to be funny."

Moonlight director Barry Jenkins said: "Very clearly, very clearly in my dreams this could not be true. But to hell with my dreams. I'm done with it because this is true. Oh my goodness.. And I have to say it is true. It's not fake. We've been on the road with these guys for so long. My love to La La Land. My love to everybody."

"Well, I don't know what happened. I blame Steve Harvey for this," Kimmel joked.

"Let's remember, it's just an awards show. I mean, we hate to see people disappointed, but the good news is we got to see some extra speeches. We have some great movies. I knew I would screw this show up, I really did. Thank you for watching. I'm back to work tomorrow night on my regular show. I promise I'll never come back. Good night!"