Mindy Kaling Not Interested In Dating Minorities On 'Mindy Project' 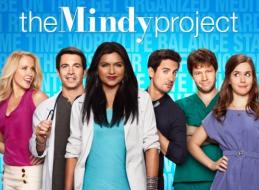 Mindy Kaling can't understand why she's being criticizing for not dating more minorities on 'The Mindy Project'.

"We are concerned that in the course of two seasons, her character, Dr. Lahiri, has had a 'white-only' dating policy involving about a dozen men," the Media Action Network for Asian-Americans recently complained.

But the Indian-American Kaling says she's not the "United Nations."

"Do people really wonder on other shows if female leads are dating multicultural people?," Kaling responded at PaleyFest when asked about the group's criticism.

"Like I owe it to every race and minority and beleaguered person. I have to become the United Nations of shows?!"

Meanwhile, the former 'Office' star teased the second season's eight-episode run to come , beginning April 1, will feel like a "miniseries" with "one story."