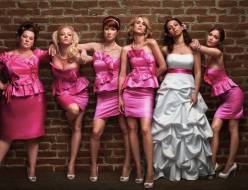 Mindy Kaling returns for the third season of 'The Mindy Project' on Tuesday but the actress says there's one part she still wishes she hadn't lost out on.

"No one ever calls me in to audition for things because I'm so specific," Kaling tells Andy Cohen on 'Watch What Happens Live'.

"Actually, you know what it was — Bridesmaids, which I loved. It was for Maya Rudolph's part. I practiced it so much and was so into it and I loved that whole cast. That was one that was a heartbreaker."

Kaling joked that she wasn't worried though because had been offered "a lot of searing dramas like 12 Years a Slave. I was like, 'I can't do it! Tell Lupita Nyong'o to do it. I don't have the time.' Michael Fassbender was mad. It was a thing."

"He broke up with me," she said. "It was years ago that breakup happened. That was the hottest I've ever looked because I stopped eating. When I get depressed I stop eating. So I was so miserable and so beautiful."

Asked how things were in bed, Kaling said: "It was pretty damn good. Real good. He's a smart and funny guy."

"I love him, I think he's a great person but I'm not holding a candle for B.J."