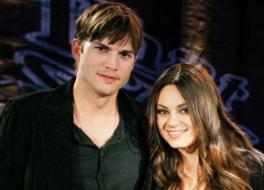 ) is expecting her first child with fiance Ashton Kutcher.

The couple, who recently became engaged, have not confirmed the news. However, multiple sources close to the couple are saying the 30-year-old actress is pregnant.

"They are both very, very happy. It's still early," says a friend of the couple.

The former 'That '70s Show' co-stars were spotted at a Los Angeles Clippers game on Saturday, where they shared a kiss after showing up on the Kiss Cam.

The 30-year-old Kunis is set to guest star on an upcoming episode of Kutcher's 'Two and a Half Men'.

The pair began dating in 2012 but it's long reported that Kutcher has been infatuated with the actress since they first met in 1998.