Michael Keaton To Star As Vulture In Marvel's 'Spider-Man: Homecoming' 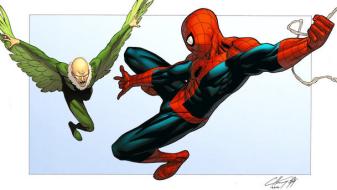 A recurring supervillain and enemy of Spider-Man, Vulture was the second villain Spider-Man encountered in the comics, after the Chameleon. He first appeared in the second issue of 'The Amazing Spider-Man' in May 1963.

Keaton had been rumored to be part of the 'Spider-Man' reboot. However, Marvel Studios President Kevin Feige has finally confirmed the casting as well the role.

"We've had a wish list, and most of them in the near-term are coming together. Cate Blanchett is playing Hela in 'Thor: Ragnarok'. Michael Keaton's Vulture in 'Spider-Man: Homecoming' is something. And of course, finally, we're showcasing Josh Brolin's Thanos in 'Avengers: Infinity War'," he said in an interview with the Toronto Sun.

Keaton returned as a headliner with his role in 2014's 'Birdman', for which earned him an Academy Award, Golden Globe, Critics' Choice Award and British Academy Film Award for Best Actor.