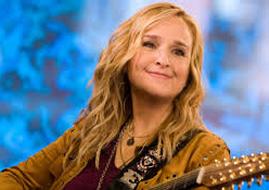 Melissa Etheridge has revealed that close friend Brad Pitt was almost the sperm donor for her two children.

In an interview with Australia's Studio 10 talk show, the 54-year-old says Pitt was one of the first names when she began the process of selecting a sperm donor with her then-partner Julie Cypher in the late 90s.

"Well, actually, Brad was such a good friend of mine. And we did consider it," she said.

"And yet, I looked and I saw how badly he wanted children and I thought, 'I don't want to share this with someone who really, badly wants children because my children don't need another parent — they have two.'"

"It's one of the reasons why David Crosby and his wife are so perfect — because they had children," she explained. "They were looking to do this as a gift."

They finally went with David Crosby of Crosby, Stills & Nash as the biological father. Cypher gave birth to their daughter, Bailey, in 1997, and their son, Beckett, in 1998.

"Of course, my teenagers now are like, 'I could have had Brad Pitt as my dad! My son said, 'I could've been amazingly handsome.'"