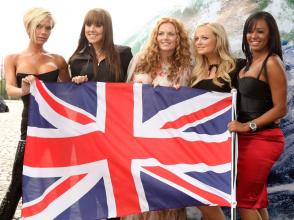 In a lengthy essay in Love magazine, Mel C aka Melanie Chisholm explains why she won't be joining Geri Halliwell (photos

"You're not going to get me complaining about my life – it's brilliant. I know some people complain about the attention – but I wanted to be famous from the start," she begins.

"Like the rest of the Spice Girls I learnt very early on that you can't take one slice of the pie when it comes to fame. You have to eat the whole thing."

Chisholm says being a celebrity has changed since what it used to be when she was a Spice Girl.

"Let's have a think about the word 'celebrity' in the old days. Remember when a little bit of mystery and intrigue ensured our famous faces were true stars. When we didn't know what they were eating via social media, where they were or who they were hanging out with?"

"Those were the glory days of the modern celebrity world I adored. There was glamour, excitement and you looked at your idols in a completely different way."

"You see, I'm a singer and songwriter. Not a celebrity. The two are very different things. You can earn a fortune being a 'celebrity' depending on how much dignity you want to keep in tact."

"The fascination with the band never seems to go away. It's a blessing and a curse all at the same time. Daily I'm asked 'Are the girls getting back together?' Then it's When? How? Why?"

"When we reunited in 2007 the questions stopped momentarily. We had done it – the fans were happy and we were happy. But the minute that tour ended it started again."

"Look, I will be a Spice Girl until I die," she tells fans. "But the continuous speculation on whether we will reform to celebrate 20 years of 'Wannabe' has been particularly exhausting."

"Don't get me wrong – I totally get it. But is it a new rule that bands have to reform? Why can't we just be remembered for our incredible achievements in the nineties."