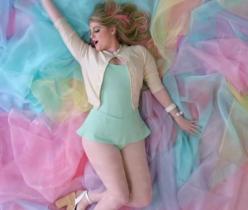 Meghan Trainor has pulled her brand new music video 'Me Too' just hours after it hit the internet following claims her body was digitally altered.

"Hey guys, I took down the 'Me Too' video because they Photoshopped the crap out of me and I'm so sick of it and I'm over it, so I took it down until they fix it," the 22-year-old singer said in a message to her fans.

Trainor claimed producers digitally altered her waist and made it appear slimmer, without her permission.

"My waist is not that teeny, I had a bomb waist that night, I don't know why they didn't like my waist, but I didn't approve that video and it went out for the world so I'm embarrassed."

Trainor is most well known for her hit 'All About that Bass,' often cited as an anthem for women with curves.