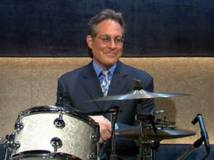 While laughter may be the best medicine, Max Weinberg reveals that having massive open-heart surgery earlier this year influenced his decision not to join Conan O'Brien's new TBS talk show.

"I can make a little news here, which I haven't talked about to anybody, but on February 8, I had valve repair," Conan's longtime bandleader says in an interview.

"I found out about this 26 years ago, and I knew about it and I monitored it. At the time, there was not much they could do, and it wasn't as serious as it became."

Weinberg says the condition became "life-threatening" two years ago and he knew he "do something about it sooner or later", so he scheduled the surgery two weeks after the Conan's 'Tonight Show' ended.

"I'll tell you it was a life-changing experience emotionally and spiritually. I owe my life to these doctors. In the surgery, they stop your heart. I was on the heart-lung bypass machine for close to seven hours. Did it play into my decision to remain where I am? Maybe."

"I mean I had three months of very difficult recovery. When I say it was life-changing — I've always been a person who smelled the roses, but everything looks a little brighter."

"It was very dramatic," he says as he recalls the late night drama between Conan and Jay Leno. "At my age, just being in this business for as long as I've been, nothing really surprises me, particularly in the landscape of television. But any abrupt ending to anything is shocking."

Weinberg isn't ruling out future television appearances but says he wants to focus on playing with Bruce Springsteen and the E Street band.

"I hope they do wonderfully well. I'm sure they will. I put a lot of time and effort into creating our little world over there and I trust and I hope that the band retains the profile they had. Conan is a brilliant, hard worker. I've been fortunate to have people like Bruce Springsteen and Conan — you don't run into guys like that very often."