Matt Reeves Signs On To Direct and Produce 'The Batman' 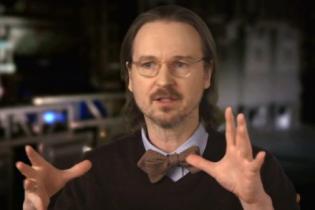 Matt Reeves has signed on to direct and produce 'The Batman'.

"I have loved the Batman story since I was a child," Reeves says in a statement.

"He is such an iconic and compelling character, and one that resonates with me deeply. I am incredibly honored and excited to be working with Warner Bros. to bring an epic and emotional new take on the Caped Crusader to the big screen."

Ben Affleck, who will play the caped crusader, revealed at the end of January that he wouldn't be directing the film because he realized it would be very difficult to pull double-duty on the high-profile project.

"There are certain characters who hold a special place in the hearts of millions. Performing this role demands focus, passion and the very best performance I can give. It has become clear that I cannot do both jobs to the level they require," he said at the time. "Together with the studio, I have decided to find a partner in a director who will collaborate with me on this massive film."

In a statement by Warner Bros, the studio said it was "thrilled to have Matt Reeves taking the helm of Batman, the crown jewel of our DC slate."

Matt Reeves' 'War for the Planet of the Apes' comes out this summer with a release date of July 14, 2017.