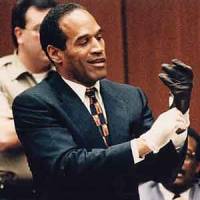 Investigation Discovery's 'Hard Evidence: O.J. Is Innocent' has picked up the six-part series that will examine the case from its beginning to conclusion.

Sheen will also narrate and promises "new evidence" that Simpson wasn't the perpetrator of the heinous crimes against Nicole Brown Simpson and Ron Goldman in Brentwood two decades ago.

The series will be based on private investigator William C. Dear's book 'OJ Is Innocent and I Can Prove It' that presents an alternate theory.

"Like most others I had always believed that the evidence showed that OJ did it," says ID president Henry Schleiff.

"I went into this with a tremendous amount of doubt and cynicism, but this is so amazingly convincing that when you do connect the dots and look at the new evidence, it made me accept the fact that O.J. is innocent."

Sheen says the series will aim to answer three questions: "What if there were enough evidence that proved O.J. Simpson did not murder his ex-wife Nicole or Ron Goldman?"

"What if the real killer were still at large? And finally, what if a grand jury convened to reconsider the case based on new evidence?"

Interest in the case has been reinvigorated after FX's 'American Crime Story: The People v. OJ Simpson'. There is no firm air date but it's expected to air sometime in 2017.