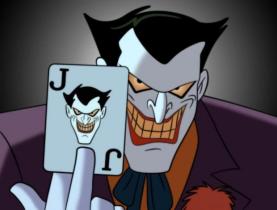 Hamill, who has voiced the villain several times including in 'Batman: The Animated Series' and 'Justice League Action', read the message the President-Elect sent on New Years to his supporters.

"Happy New Year to all, including to my many enemies and those who have fought me and lost so badly they just don't know what to do. Love!"

Funnily enough, comedy writer Matt Oswalt had joked at the time that Trump's tweet "sounds like something the Joker would say right before releasing a swarm of killer bees into Gotham."