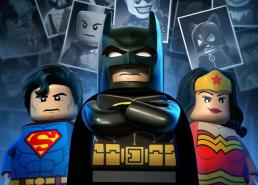 ) and Ralph Fiennes have joined 'The Lego Batman Movie', a spinoff from the successful 'Lego Movie'.

Although he stars as M in James Bond's 'Spectre', it will be his first voice role since 'Wallace & Gromit'.

Meanwhile, Mariah Carey will voice the mayor of a crime-riddled Gotham city.

The stars join Will Arnett, who reprises his role as the Caped Crusader, Rosario Dawson (photos

) as Batgirl, Michael Cera as Robin and Zach Galifianakis's Joker.