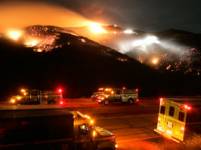 The Malibu landmark Hodge Castle is engulfed in flames at this time -- and local news stations report it has been completely destroyed.

The Hodge Castle, also known as Malibu Castle, was home to a priceless collectino of Elvis Presley memorabilia, owned by socialite owned by Lilly Lawrence.

Alongwith serving as a museum, it served as a museum of sorts for arts and history.

The nearby Malibu Presbyterian Church was also destroyed as the malibu fires rage on.

Addtionally, there are reports that James Cameron and Olivia Newton-John have been evacuated, with other celebrities being put on watch.

The fire has burned more than 1,000 acres and forced the closure of a portion of the Pacific Coast Highway.

"With strong winds likely to continue in the Malibu area for at least the next 24 hours it is going to be tough for firefighters to control this, or any other fire," Meteorologist Ken Clark of AccuWeather said. "The strongest winds, however, are set to occur tonight into tomorrow morning."

It is estimated 400 firefighters are battling the fires at this time. 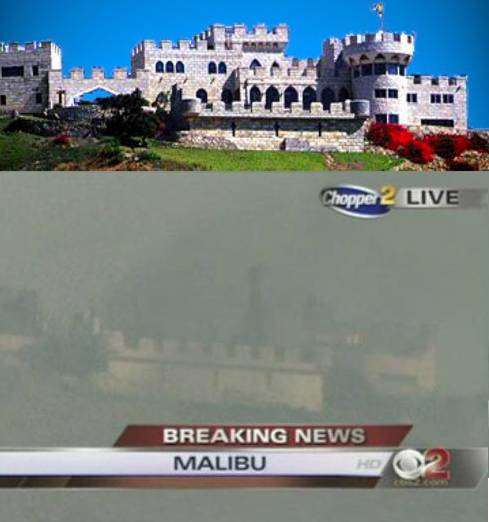