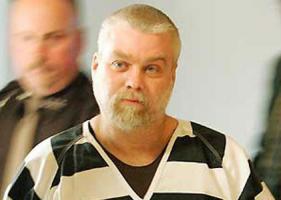 Kathleen Zellner, the attorney for 'Making a Murderer' subject Steven Avery, has filed a motion to have evidence in the case retested to prove Avery's innocence.

"We're using scientists, from Stockholm, Sweden, Vienna, California, Illinois, we got a large number of scientist, that will be doing the testing," Zellner told reporters outside the Manitowoc courthouse.

"So what's great about this case is all the testing is out there, it's all developed, it's all validated, so we can take the mystery out this mystery, and we think we know what the answer will be."

Zellner said a key test for radiocarbon and DNA methylation would reveal the age of the blood found in the SUV.

This would "establish the age of Mr. Avery's blood found in the victim's vehicle and determine, based on age, if the blood was planted," as Avery has contended all along.

Zellner said what the scientists she consulted with found most interesting was that there was no mixing of blood. Steven Avery's blood was located in the front and victim Teresa Halbach's blood was in the back.

"I've never seen a more graphic, compelling illustration of a crime scene that was fabricated," she said.

Zellner said once the test results are in, which should take about three months, the next step would be to officially file the post conviction petition.

"There is evidence that already exists in the case that points to a different location and a different suspect," Zellner said. "We've got a combination of forensic evidence and a tip from somebody that we've interviewed multiple times that we think is credible."

The long list of items being requested for testing include some that were never tested the first time around such as a blinker light, hood prop, and battery cable from Halbach's RAV-4.

This motion comes on the heels of the news that the conviction for Avery's nephew, Brendan Dassey, was overturned.

"Just hand-delivered Motion for New Scientific Testing to (Avery's mother) Delores," she said on social media. "Hope to hand-deliver her son in the very near future."