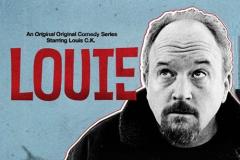 Called 'I Love You, Daddy', CK's film will star the comedian as a TV producer and writer whose daughter is played by Chloe Grace Moretz.

It's his first film since the 2001 release 'Pootie Tang', starring Chris Rock, which he wrote and directed.

The 'Louie' star enjoys surprising fans with unannounced projects such as this and his web series last year called 'Horace and Pete'.