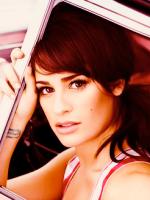 Lea Michelle tried to quell rumors of a fight on the 'Glee' set with Naya Rivera during her appearance on the 'Late Show' with David Letterman.

Michelle claimed it was nothing more than people wanting to pit two women against each other.

"I mean, honestly, it's just really frustrating. I think the way people like to pit women against each other -- not to get so serious -- is really annoying and it's really sad," she said.

"For me, if there were ever really a catfight on the show, you'd know about it because I'd get a ring and I'd put jello in it and I would make it fun for everyone... and it'd be super hot."

Naya Rivera, who plays Santana, was oddly missing from 'Glee's season five finale. Fox has since announced that she will indeed return next season.