Lars von Trier: 'I'm No Mel Gibson' After Being Banned From Cannes 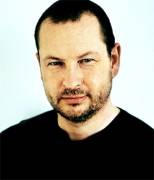 Lars von Trier says his controversial comments about Hitler were misunderstood but he's ready to accept his ban from the Cannes Film Festival.

"It's a pity because Jewish festival head Gilles Jacob is a close personal friend of mine," Von Trier tells THR in an interview. "What I said was completely stupid but I am absolutely no Mel Gibson."

"What I meant was I could imagine what it was like for Hitler in the bunker, making plans. Not that I would do what Hitler did. But it's a pity if it means I will lose contact with Cannes."

Von Trier says his comments were meant as a joke -- not that he's learnt his lesson.

"I have to say I'm a little proud of being named a persona non grata. I think my family would be proud," he quips. "I have a French order. Now they will likely tear it off my chest."

"When I went into the press conference I felt like I should entertain people there," he continues. "Everyone comes to see what crazy thing Lars is going to say. And then I started a sentence which I couldn't get out of. At the time I didn't think much about it. Everyone seemed to understand and they was laughter. It's only afterwards, when you read it: 'I sympathize with Hitler' that I thought 'oh boy.'"

But he's happy that the ban doesn't extend to his films with 'Melancholia' still in the prestigious festival.