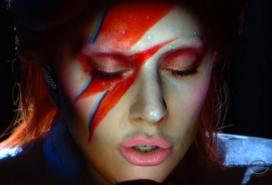 Gaga, who sang the national anthem at a previous Super Bowl, will have the stage all to herself at this year's event on February 5 at NRG Stadium in Houston.

The NFL and Pepsi made the announcement Thursday, confirmed soon after by the pop singer herself.

"It's not an illusion. The rumors are true," she said on Twitter. "This year the SUPER BOWL goes GAGA!"

"Lady Gaga is one of the most electric performers of our generation, and we couldn't be happier with the choice to have her headline the Super Bowl LI Halftime Show," said John Entz, Fox Sports president. "It is going to be an incredible night."

Gaga's fifth album, 'Joanne', releases in less than a month on October 21. She currently appears on the sixth season of 'American Horror Story'.