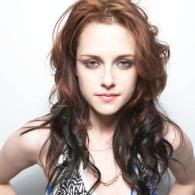 ) wants to put speculation to rest that she was fired from the prequel to her 2012 film 'Snow White & the Huntsman' because of her affair with director Rupert Sanders.

Stewart was notably excluded from 'The Huntsman: Winter's War' while Chris Hemsworth and Charlize Theron (photos

) reprised their roles as the Huntsman and Queen Ravenna.

"And I had a meeting with Universal about the places where the story could go. Maybe Chris was more into it. I actually don’t f--king know."

Stewart insists that her relationship with Sanders, who split with his wife of 11 years, Liberty Ross, once the affair made headlines, didn't have anything to do with it.

"It wasn't a situation where I got kicked off a movie because I got in trouble," she says. "We had been in talks months after that about making something work, and it never came together."

Stewart, who has also since split with boyfriend Robert Pattinson, says she's glad she turned down a cameo in the box office flop.

"I was like, 'OK, cool.' We hadn't spoken in a long time, but I didn't know we had broken up," she says of her first reaction to discovering the movie was going forward.