Kristen Stewart: My Relationship With Robert Pattinson 'Was Made Into A Product' 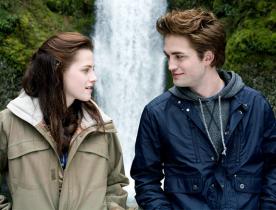 In a interview with The New York Times Style Magazine, Kristen Stewart (photos

) blames excessive media attention around her relationship -- and not her affair -- for their split.

"People wanted me and Rob to be together so badly that our relationship was made into a product," she says.

"It wasn't real life anymore. And that was gross to me. It's not that I want to hide who I am or hide anything I'm doing in my life. It's that I don't want to become a part of a story for entertainment value."

Stewart and Pattinson dated after their taking on-screen 'Twilight' romance off-screen. They were together until photos of Stewart kissing her married 'Snow White and the Huntsman' director Rupert Sanders, while she was dating Pattinson, surfaced.

They briefly reconciled after but couldn't get over the affair and ultimately split. She's currently dating Alicia Cargile and Stewart says that's part of the reason she's more willing to talk about her personal life.

"I would never talk about any of my relationships before, but once I started dating girls it seemed like there was an opportunity to represent something really positive," she explains.

"I still want to protect my personal life, but I don't want to seem like I'm protecting the idea, so that does sort of feel like I owe something to people."