'Kevin Can Wait' Is Killing Off Erinn Hayes in Season 2 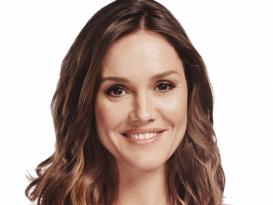 'Kevin Can Wait' will be killing off Erinn Hayes' character in preparation for the addition of Leah Remini to the cast.

Thom Sherman, senior executive vice president of programming at CBS, revealed at the Television Critics Association press tour that Hayes' character will be killed off at the beginning of next season.

"Her character will pass away and we will be moving forward in time, catching up at a later date," he said.

Hayes, who played Kevin James' wife on the comedy in the first season, will see her screentime go to Remini. Fans will remember Remini co-starred with James on their long-running sitcom 'The King of Queens'.

Asked if CBS was turning 'Kevin Can Wait' into a version of 'King of Queens', Sherman replied: "No, I don't think so. I think the show speaks for itself and stands for itself."

However, he admitted that after producers saw the "amazing" chemistry between James and Remini, they wanted to take the show in a different direction "to continue that chemistry."

Remini made her first appearance on 'Kevin Can Wait' on the season finale as Kevin's former police partner Vanessa.