Kesha Rejects Dr. Luke Settlement Offer: 'I Will Not Take Back The Truth' 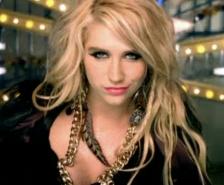 ) has revealed that she received an offer that she would be granted her freedom if she were to rescind her rape allegations against the producer.

"So. I got offered my freedom IF i were to lie," Kesha writes in a post on social media. "I would have to APOLOGIZE publicly and say that I never got raped."

"THIS IS WHAT HAPPENS behind closed doors. I will not take back the TRUTH. I would rather let the truth ruin my career than lie for a monster ever again."

The singer has sued record music outside her contract with producer Dr. Luke, aka Lukasz Sebastian Gottwald, who she claims raped her in 2005 after a physically and emotionally abusive working relationship.

However, she didn't specify whether it was Luke's legal team or Sony that made the offer.

In a response, the producer's representative tells Billboard: "The Court repeatedly stated Kesha is already free to record without Dr. Luke, and that she had not presented any facts supporting her claims. That's because all the evidence — including Kesha's own videotaped sworn testimony — show her allegations are false."

"The only thing Kesha is not free to do is to continue to lie about Dr. Luke through publicity stunts and outrageous smears, ignoring the fact that by her own free will she went to work and entered into new contracts with Dr. Luke years after this 'incident' supposedly happened."

"Her goal all along has been solely personal enrichment by seeking to break contracts that brought her success and millions so she can enter into more lucrative ones. We look forward to our day in court holding Kesha accountable for her lies."