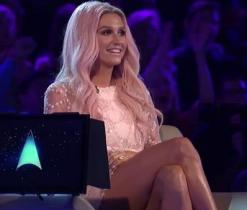 )'s fans are hoping to deliver in big way after gathering upwards of 400,000 signatures on a petition for Sony to drop Dr. Luke.

The supporters are demanding that the label release Kesha from her Sony recording contract and drop the producer. Kesha has accused Dr. Luke, born Lukasz Gottwald, of raping her.

The fans carried signs outside Sony's Manhattan headquarters that read "Free Kesha Now" and "Do the right thing!".

Dr. Luke, who is not facing any criminal charges, has maintained that the allegations are false and claims Kesha wants to get out of her recording contract.

He has pointed to a 2011 legal deposition in which Kesha, under oath, said he "never made sexual advances" toward her or drugged her.

A Manhattan judge has already denied the singer's request to be released from her contract. Hence, fans are hoping to put the pressure squarely on Sony.