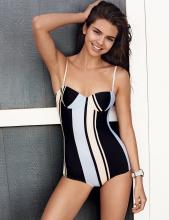 ) was the highest-paid model in the world in 2017, according to Forbes magazine.

Jenner, who rose to fame with 'Keeping Up With the Kardashians', has been named the highest-earning model in the world by Forbes after raking in an estimated $22 million this year.

) and Rosie Huntington-Whiteley tied at $9.5 million to round out the top five.

Ashley Graham, who has deservedly become the go-to plus size model, earned $5.5 million for tenth spot.