Kelly Osbourne Apologizes For Implying Latinos Only To 'Clean Your Toilets' 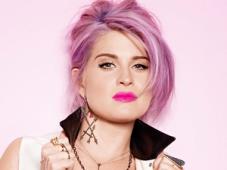 Kelly Osbourne has apologized for remarks she made on 'The View' that suggested if Latinos were deported from the United States, there would be no one to clean the toilets.

Osbourne was commenting on Donald Trump's stance on immigration and his remarks that illegal immigrants from Mexico were "criminals" and "rapists."

"If you kicked every Latino out of this country then who is going to be cleaning your toilets, Donald Trump?," Osbourne asked.

Immediately after making the comment, the other co-hosts were taken aback and tried to stop Osbourne from continuing.

"In the sense that you know what I mean? But I'm saying that in L.A., they always" said Osbourne before she was interrupted by co-host Rosie Perez.

"Latinos are not the only people doing that," said Perez.

Osbourne later issued a comment on social media and apologized for her gaffe.

"I don't want to bullshit anyone with lame excuses. Although, I was stopped mid-sentence by Rosie and couldn't finish my point I will not let Rosie take responsibility for my words."

"I should have known better as I was on The View and it was live. I've learned a very valuable lesson. It is my hope that this situation will open up a conversation about immigration and the Latin community as a whole. By the way I clean my own f---ing toilets."