Katie Couric Says She Struggled With Bulimia In College 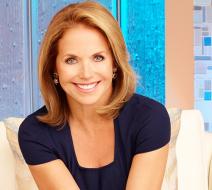 ) and said that she too struggled with an eating disorder for many years.

"I wrestled with bulimia all through college and for two years after that. And I know this rigidity, this feeling that if you eat one thing that's wrong, you're full of self-loathing and then you punish yourself," said Couric.

"Whether it's one cookie or a stick of gum that isn't sugarless, that I would sometimes beat myself up for that. That is such a huge thing for people who wrestle with this."

The 55-year-old devoted the program to eating disorders.

Lovato, who has said she used to cut herself, said her own personal struggles were "so difficult at first."