Katherine Heigl: Wish I Could Change Shonda Rhimes' 'Crappy Impression of Me' 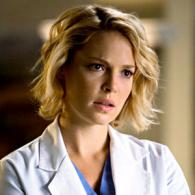 Katherine Heigl has been working overtime to rehab her reputation but the actress is defending herself again after former boss Shonda Rhimes labelled her "nasty people."

This after the 'Grey's Anatomy' and 'Scandal' creator said "there are no Heigls" allowed on her set and will no longer "put up with bulls--t or nasty people."

Heigl and Rhimes had a falling out after the actress first removed herself from Emmy consideration, saying her character's story wasn't good enough that season, then stopped showing up for work on 'Grey's Anatomy' and had to be written out of the show.

Having earned $12 million with her starring film roles at that point, the common belief was that Heigl wanted to advance her film career but she said she wanted to focus on her family.

"It sucks," Heigl tells Mario Lopez of having that reputation. "I am sorry that she feels that way and I wish her nothing but greatness and I have nothing negative to say about her. I'm a big fan of her work."

"I watch Scandal every week and so I'm sorry she's left with such a crappy impression of me. I wish I could do something to change that. Maybe I will be able to someday."

"There's nothing I can do about this except to sort of prove it wrong, you know? And the only way to prove it wrong is for people to have a work experience with me that doesn't speak to that at all."