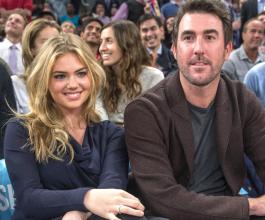 ) didn't hold back as she blasted Major League Baseball and its voters after her fiance lost the Cy Young Award despite having the most first-place votes.

"Hey MLB I thought I was the only person allowed to f**k Justin Verlander,?!" she wrote. "What two writers didn't have him on their ballot?"

"He had the majority of 1st place votes and two writers didn't have him on their ballots?!! Can you pick more out of touch people to vote?," she continued.

"Sorry Rick but you didn't get any 1st place votes? You didn't win," she said. "MLB, Keep up with the times and fire those writers."

The race was expected to be close. However, no one likely imagined the leading first place vote getter would lose the Cy Young award.

For his part, Verlander didn't express disappointment and simply thanked those who voted for him.