) stopped by Monday's taping of 'The Big Bang Theory', nearly a month after she broke her leg in a horse-back riding accident.

The 24-year-old is expected to return to work on October 13, which means that her character would only miss two episodes, thanks in large part to the show's two-week hiatus.

We don't have official word on whether Kaley's broken leg will be incorporated into the show but in sharing the photo, series executive producer Bill Prady hinted: "That's a backstage photo. Kaley broke her leg. Penny did not."

Meanwhile, there may be some romance in store for Jim Parsons' Sheldon after Mayim Bialik, who guest starred as in last year's finale and the season premiere, was booked for additional episodes. 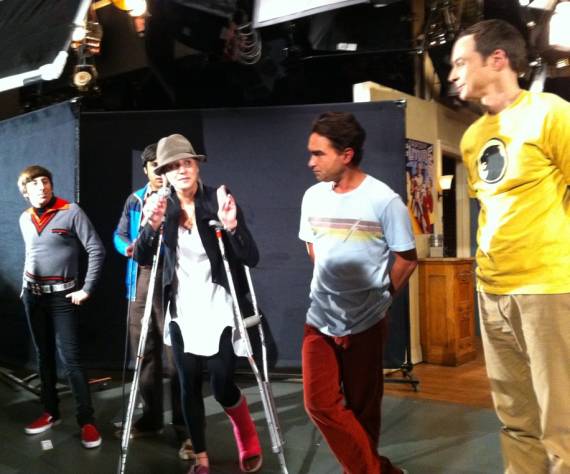