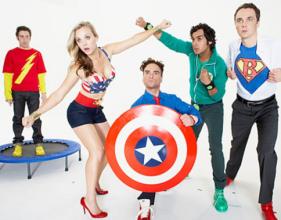 ) is apologizing for a Fourth of July photo that sparked controversy.

'The Big Bang Theory' star took heat for a photo of her three dogs wearing American flag bandannas and sitting on an American flag, which is draped on the ground.

She has since deleted the photo after critics, including Fox News, pointed out that the flag should not touch the ground and her dogs sitting on it was disrespectful.

"I would like to comment on a photo I posted yesterday, that has caused lots of controversy," she explained. "First off, please know, I have the utmost respect for my country. I am a proud American in every sense of the word."

"I understand the American flag stands for our freedom and represents American heroes, past and present."

"Yesterday I made a mistake by posting the picture that was taken of my sweet dogs posing on an American flag. I sincerely apologize to anyone that has been offended by my previous post."

"This is no way reflects my feelings toward what the American flag represents. Living in the public eye, can be extremely difficult at times. Every mistake and every imperfection is amplified."

"I am not perfect. I am a proud American, today, tomorrow, always."