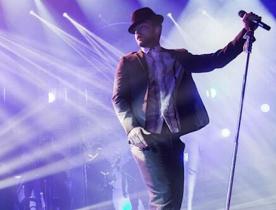 Justin Timberlake has announced he will headline the Super Bowl LII Pepsi Halftime show next year.

Timberlake made the reveal in a skit with friend Jimmy Fallon.

The performance will come 14 years after his controversial appearance in the 2004 halftime show when he ripped off part of Janet Jackson's top to reveal her breast (uncensored link).

The moment was infamously timed to coincide with during 'Rock Your Body' with the lyrics "gonna have you naked by the end of this song."

Superbowl LII will be taking place on February 4, 2018 in Minneapolis, Minnesota.