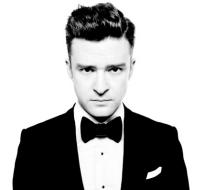 Justin Timberlake thinks Frank Ocean should have won the 2017 Grammys' coveted Album of the Year.

The 'Can't Stop the Feeling' singer is praising Calvin Harris' collaboration with Migos and Ocean on the track 'Slide'.

"That Calvin Harris/Frank Ocean/Migos tho...," he wrote on social media. "While I'm at it... Frank Ocean had the REAL Album Of The Year with BLONDE."

Adele's 25 album swept the Grammys, winning Record of the Year, Song of the Year and Album of the Year over Beyonce's Lemonade last month.

"That institution certainly has nostalgic importance,"” he told The New York Times. "It just doesn't seem to be representing very well for people who come from where I come from, and hold down what I hold down."

"I think the infrastructure of the awarding system and the nomination system and screening system is dated," he added. "I'd rather this be my Colin Kaepernick moment for the Grammys than sit there in the audience."