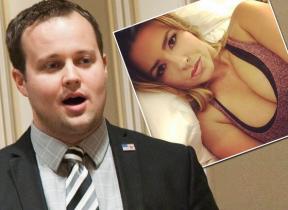 The disgraced '19 Kids and Counting' star admitted to cheating on his wife after the Ashley Madison hack revealed the names of the infidelity site's millions of users.

Dillon claims that Duggar "assaulted her to the point of causing her physical and emotional injuries" during the two occasions they met.

She says the married reality personality first met her at a Philadelphia strip club, where he paid her $600 for lap dances, then invited her back to his hotel room and paid her $1,500 to sleep with him.

She alleges that Duggar "manhandled" her to the point that she "felt as if she were being raped."

The two met again a month later when Duggar apparently wanted to apologize but allegedly assaulted her again.

Josh Duggar is in rehab, where he checked in after confessing to cheating on his wife of six years.