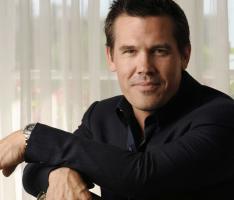 Josh Brolin has cast as villain Cable opposite Ryan Reynolds in the 'Deadpool' sequel.

Brolin beat out Michael Shannon, who was said to be this close to nabbing the role. 'Atlanta's Zazie Beetz has already been cast as a merc named Domino.

"Josh Brolin brings both the gravitas as well as the physically required to bring Cable to life on the big screen!," said excited Cable and X-Force creator Rob Liefeld.

"He's an amazing actor and I'm as excited as anyone to see him paired with Ryan Reynolds, Zazie Beets in Deadpool 2!! Cable, Domino and Deadpool people!! It's happening!!!"